Inspiring and Successful Comeback of AMB 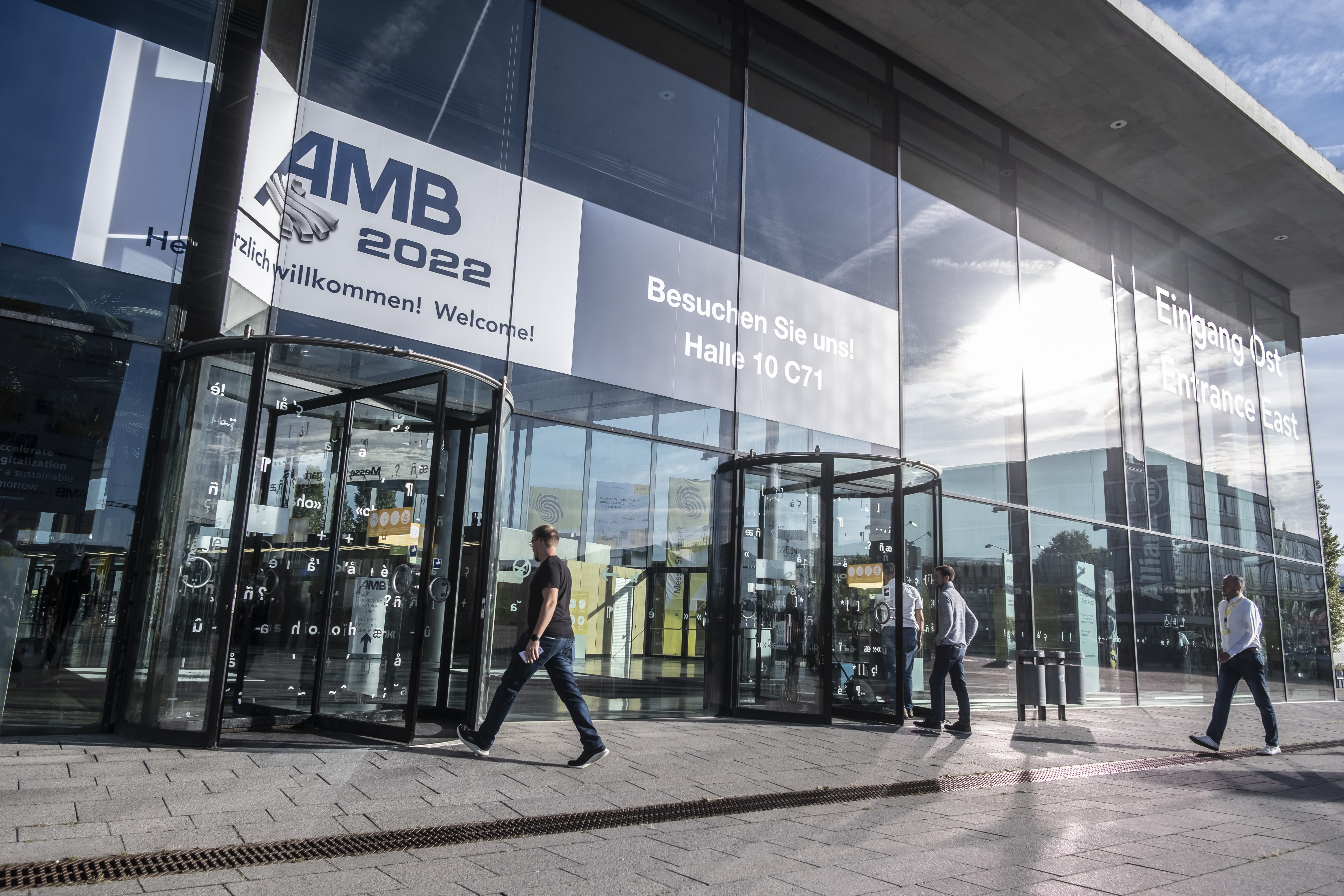 The international exhibition for metal working concluded after welcoming 64,298 visitors for five days
Successful re-launch: held for the 20th time this year, AMB was an upbeat and inspiring event across the fair halls and the sector in general.  For five days, a total of 64,298 visitors frequented the fully booked Stuttgart fair grounds. The event once again put AMB at the centre of the metal working sector. The 1,238 exhibitors from around the world – with around 25 percent hailing from outside Germany – presented a variety of innovations, products, services and concepts. Despite the difficult general conditions the talks at the booths centred on specific projects, manufacturing and investments, while the current energy prices and supply chain shortages took a back-seat.

“We are back in the game! Five days of AMB. Five days filled with in-depth interactions, meeting familiar faces and making new contacts. The positive feedback of our exhibitors primarily indicates that these interactions in particular make trade fairs like AMB indispensable,“ said Roland Bleinroth, President of Messe Stuttgart. “The comeback after the long break was very much needed for the metal working industry – and a complete success. The number of visitors was impressive and for us as organizers the full halls were also very motivating.”

Digitalisation, Automation, Sustainability – these topics were of major concern this year. In particular, new elements such as  the Trend Lounge with its focus days on topics such as climate change, the SmartFactory with the presentation of automated processes, or the self-guided tours for an individual fair visit, were all very popular among visitors.

Gunnar Mey, Division Director Trade Fairs & Events at Messe Stuttgart, was pleased with the progress of AMB: “Following the interruption in 2020, AMB 2022 was re-launched at the right time in the right place and with the most appropriate concept. The loyalty of the sector to its leading exhibition is impressive. We would like to say thank you to all exhibitors, visitors and our partners among the trade associations and the media.“

Trade visitors flocked to Stuttgart from all over Europe. Around 18 per cent came from abroad, slightly more than at AMB four years ago (17 per cent). Overall, visitors from 71 countries were registered. Following Germany, the largest presence came from Switzerland, Austria, Scandinavia, Italy, France and the Netherlands. Among German visitors, 65 per cent hailed from Baden-Württemberg plus an additional 18 per cent from Bavaria. The largest proportion was active in mechanical engineering (37 per cent), while metal working and processing (23 per cent), the automotive industry and vehicle manufacturing (18 per cent), metal construction enterprises (13 per cent) as well as tool construction and mould making (11 per cent) were also present.

Many exhibitors reported a high quality of visitors. The proof is in the numbers: 73 per cent indicated that they had essential, participating or consulting roles in purchase decisions. One in ten were members of the management board, senior management or general management of their companies. 38 per cent worked in manufacturing, production or quality assurance, another 10 per cent in development and 8 per cent in construction design.

In terms of machinery, more than half of all visitors (53 per cent) were interested in milling machines, 41 per cent also in lathes and automatic lathes. Add to this those interested in grinding machines and tool grinding machines (19 per cent), drilling machines (15 per cent) as well as flexible manufacturing cells, systems and machining centres (14 per cent).
When it comes to products and services, CAD/CAM/CAE at 32 per cent and machining tools (29 per cent) were the most sought after. They were followed by chucking tools (25 per cent), mechanical engineering and manufacturing software (22 per cent) and robots, workpiece and tool handling (22 per cent).

Promotional supporters of AMB positive about the outcome

All promotional supporters of AMB were very satisfied with the outcome of the fair. In particular the personal contact after the long break and the intense exchange were great advantages of the event according to the Verband Deutscher Maschinen - und Anlagenbau e. V.( VDMA – German Mechanical Engineering Industry Association) and the Verein Deutscher Werkzeugmaschinenfabriken e.V. (VDW– German Machine Tool Builders’ Association).

Markus Heseding, Managing Director, VDMA Precision Tools Association and VDMA Measurement and Testing Technology: “The success of AMB 2022 proves that it is precisely the right format for exhibitors and trade visitors. The fair presents innovative manufacturing technologies for the manufacturing of tomorrow. Our members are very satisfied with the quality of the meetings at their booths.”

Prof. Claus Oetter, Managing Director, VDMA Software and Digitalisation: “This year’s AMB was a complete success – we have seen full halls as the visitors flocked to Stuttgart. Seeing this, especially after four years of draining times without the fair is all the more pleasing to us at the VDMA, as a promotional supporter of the fair. In Hall 2 we could see that innovative technologies and software are also important drivers for the metal working sector. The demand among exhibitors and visitors was great, proving that software is a key element and driver for metal working.”

Dr. Wilfried Schäfer, Managing Director, VDW: “Thumbs up! This week we have witnessed the successful re-launch of AMB. Everyone looked happy and satisfied, whether exhibitors or visitors. It was mainly about seeing each other again and picking up the personal business relations after a very long time of virtual contacts. AMB was the right platform at the right time for this.”

AMB also focused on youth and junior entrepreneurs: In addition to the special show for young people aimed at gaining young professionals, start-ups and young companies presented their innovations in the start-up area and at the collective booth sponsored by the Federal Ministry for Economic Affairs and Climate Action (BMWK). Additionally, on Saturday the “AMB Start-up 2022” was chosen in the Trend Lounge by a high-profile jury, who declared unanimously: “The format with the 15-minute pitches is excellently suited to AMB. There were some great ideas. The presented solutions were all very good. The topics were matched to the machinery and companies present at AMB, it was very entertaining to listen to. Surely several in-depth meetings will follow.”

After the pitches, gemineers GmbH with its “Digital twin technology for the shop floor” was chosen as the winner. Vincent Gerretz, co-founder and managing director, was very pleased with the recognition:  “For us as young start up, this recognition is truly helpful. In this early stage it is important to establish contacts with the sector, to generate awareness and to interact with others. We are incredibly happy about this award.”

AMB can build on excellent feedback

With a new visitor share of 47 per cent, AMB once again welcomed many new guests to Stuttgart. In 2018, this number was similar at 45 per cent. For 40 per cent of visitors, AMB is the number one information platform and they attend only AMB and no other trade fair. On average, the visitors stayed 1.3 days at AMB, international visitors stayed a bit longer, on average 2.0 days. Overall, the trade visitors gave the fair a very positive evaluation with a collective grade of 1.8. A high percentage of 76 per cent plan to also attend the next AMB in two years, while 88 per cent would recommend AMB.

AMB has presented highlights from the international metalworking industry since 1982. The last AMB in 2022 attracted over 64,298 trade visitors and more than 1,200 exhibitors to Stuttgart. On an exhibition area of around 120,000 square metres, the exhibitors showcased innovations and further developments for metal-cutting and metal-removing process machine tools, precision tools, measuring systems and quality assurance, robots, workpiece and tool handling, industrial software and engineering, components, assemblies and accessories. AMB is backed by the promotional supporters VDMA Precision Tools Association, the VDMA Software and Digitalisation Association, and the German Machine Tool Builders’ Association (VDW).
Further information is available at: www.messe-stuttgart.de/amb/en 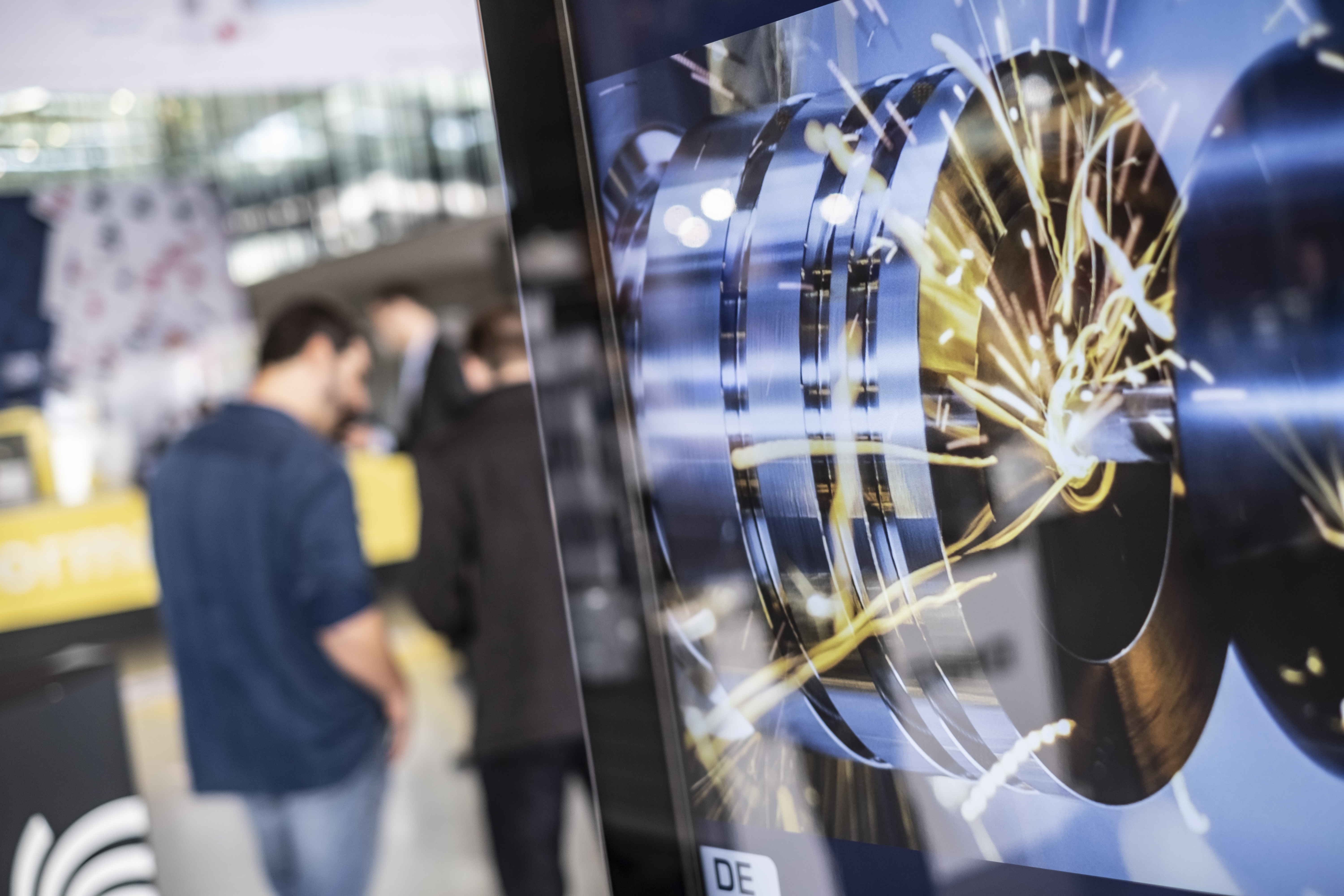